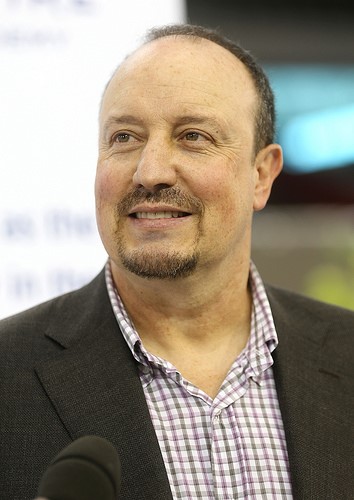 The Magpies are locked in a fierce battle at the bottom of the Premier League with time desperately running out to secure their top-flight status for next season.

Owner Mike Ashley made the decision to sack Steve McClaren just 10 months removed from appointing the former England manager to be the club’s head coach and board member.

Fortunately the Tynesiders had a quality replacement lined up in the form of Rafael Benitez, who was dismissed by Real Madrid in January.

The Spaniard’s experience in the Premier League with Liverpool and Chelsea, as well as his success in European football with both teams, made him an enticing prospect for the Magpies.

Benitez faced a daunting fixture in his first match in charge against league leaders Leicester City with his players heading into the game off the back of three straight defeats.

Newcastle held their own for the majority of the clash, but an early lapse at the back allowed Shinji Okazaki to creatively find the back of the net through an overhead kick which decided the contest, giving Leicester a 1-0 win.

Newcastle have struggled to find the net away from St James’ Park all season, notching seven goals on their travels in 15 matches at the time of writing.

Oh no!! Newcastle have only scored 7 away goals ?

As a result of their lack of clinical edge, the Magpies have the second worst away record in the division, putting huge pressure on their matches on home soil.

The burden of expectations appeared to weigh on the players in their 3-1 defeat to Bournemouth at St James’ two weeks ago, which culminated in the sacking of McClaren.

His replacement has a baptism of fire in his first home fixture to turn the club’s fortunes around, starting against bitter rivals Sunderland, who have beaten the Magpies in their last six contests.

It’s 6 in a row now for Sunderland in the Tyne-Wear derby.

There is more than local pride at stake when Newcastle face off against the Black Cats on Sunday, as both teams are in dire need of the points to escape the perils of relegation.

Should Benitez guide his new charges to their first win over Sunderland since August 2011, it could well be the spark that the Magpies need to claw themselves to safety.

Newcastle, as of 16th March, have odds of 23/20 on in the football betting to beat Sam Allardyce’s men and move above them in the table.

Five of Newcastle’s remaining nine fixtures come against sides currently in the bottom half of the Premier League, including their showdown with Sunderland, and these will be the games Benitez will target to lift his team to the magical 40-point mark.

Who are you backing survive in the PL? Here are the remaining fixtures for Newcastle. Sunderland and Norwich #SSNHQ pic.twitter.com/Sa5tB7n1Dr

Benitez will have to use all of his nous to patch together the Magpies’ fragile defence for the run. However, he will be boosted by the knowledge that there is enough quality in his side between Georginio Wijnaldum, Jonjo Shelvey, Ayoze Perez, Andros Townsend and Aleksandar Mitrovic to fire his team out of trouble.

Benitez has proven pedigree in the Premier League and he makes Newcastle an enticing option to beat the drop at odds of 6/4, but the Spaniard will know his team have to fire from the off on Sunday and not stop until of end of May.