In the modern game two players stand head and shoulders above the rest of their football counterparts, they are of course Cristiano Ronaldo and Lionel Messi. The Real Madrid and Barcelona players are revered in all corners of the football universe; there can be no one on this planet that can dispute their talent.

Before these two rose to prominence there was only two players that held the same universal acclaim: Pele and Diego Maradona. The former is the greatest player that Brazil has ever produced and was the forefather for footballing superstardom. The later, well he wasn’t too bad either, many in Argentina view him second only to Jesus Christ.

Cristiano Ronaldo, Lionel Messi, Pele and Diego Maradona are the greatest players to have ever graced this earth. All four of them have tasted a multitude of success and all four will be talked about in 50 years’ time. So, who out of these four supreme talents can lay claim to being the greatest ever player? To find this out we will look at the careers of each man before reaching a final conclusion. Ready? Let’s go. 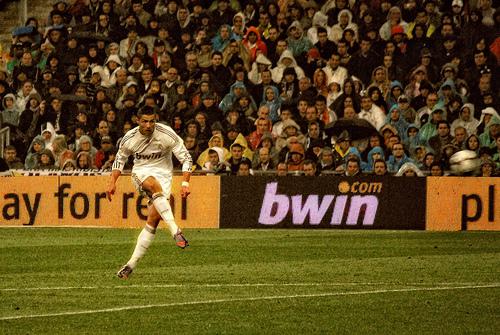 The Portugal captain is the hottest commodity in world football right now and his start to the current La Liga season has been scintillating – he’s scored three hatricks in his last four games. As of writing, Ronaldo has 13 goals in 6 appearances – leaving little wonder as to why BetFair have him as their overwhelming favourite to end the season as the top scorer in La Liga.

What makes Ronaldo so amazing is that he doesn’t play through the middle. No, he’s out on the left wing, making his goal-scoring prowess even more absurd. His trademark free-kick is nigh on impossible to replicate, let alone save. Not only does he possess pace and power, he has a whole box of tricks, making him the perfect nightmare for opposing right-backs.

It was at Manchester United where he made his name. Many were sceptical when he was brought in to replace the Real Madrid bound David Beckham. They were certainly big boots to fill and naturally Ronaldo struggled at first. His debut campaign saw him net just four league goals in 29 appearances, but, when you consider he was just 18-years-old for the majority of the 2003-04 season, it is a very healthy return. By the time of the 2005-06 campaign, United knew they were in possession of a gem, as Ronaldo finished the campaign with nine league goals in 33 appearances. The season after he netted on 17 occasions, but it was the following season where Cristiano Ronaldo showed the world that he was the best player on it. The 2007-08 season saw him score 42 goals in 49 appearances, helping United win the Champions League and the Premier League, as well as earning himself a place in the UEFA team of the year and a place in the history books; he won the first of his two Balon d’Or trophies in 2008.
Whilst Man United spurned Real Madrid’s overtures in the summer of 2008 they were powerless from preventing their maverick winger from leaving in 2009, eventually agreeing an £80 million fee for the star player.

He had set the bar high after his stellar performances at Old Trafford. However, upon moving to the Santiago Bernabeu, not only did he exceed them, he smashed them. The first season saw him score 26 goals in 29 games, his second 40 goals in 34 games, his third (2011-12) a whopping 46 goals in 38 appearances, the next season was somewhat disappointing and his 34 goals in 34 games seemed paltry in comparison. Last season he netted 31 league goals in 30 games, and as already stated, he has found the net this season on 13 occasions from six appearances. His overall goal record in the league for Real reads 190 goals in 171 games.

It is therefore a shame that a player as great as Ronaldo will likely not taste success on the international stage. His country – Portugal – are by no means weak but they are just a rung below greatness on the ladder. No matter how good Ronaldo is, he cannot single-handedly beat sides like Spain and Germany, he does give it a good go though. With his country on his shoulders Ronaldo has carried them to a runners-up place in Euro 2004 and a third-place finish in the 2012 tournament.

Ronaldo is football freak. He is the embodiment of greatness.

It has been a joy to behold to watch the Lionel Messi, Cristiano Ronaldo rivalry. The two may be geniuses on the pitch, but they are two completely different players. Whilst Ronaldo may be the powerful, tricky, speedy player, Messi is the craftsman. With just a drop of a shoulder he has lost a man. With just one deft touch he has set up a goal-scoring opportunity. With just one flash of the eye he has committed the goalkeeper to one side of the net and proceeded to stick the ball in the other corner. With just one change of pace he has gone from being a spectator to a deadly goal threat. Messi is a majestic treat.

Standing at just 5-foot-6 Messi is no imposing presence. In fact, it is incredible that he has made it to be an international footballer; players of that stature do not usually make it through the youth sides. Luckily, Barcelona is a club that does not buy into the mantra that bigger is better.

The story behind Messi’s arrival at Barcelona is beautiful. Aged 11, Messi was diagnosed with a growth hormone deficiency. Local side River Plate showed an interest but baulked at the $900 a month treatment. Fortunately, members of Messi’s family lived in Catalonia and managed to reach out to Barcelona scout Carles Rexach, who agreed to see the boy. Upon watching the trail, Rexach offered Messi a contract on the first piece of paper he could find, which so turn out to be a napkin. After putting pen to napkin, Messi moved to Spain and began his ascent to the player we all know today.

Messi likes to break records. He is the only player to have won four Balon d’Or’s, he is also the only man to consecutively finish as top-scorer of the Champions League for four seasons, and he also has the record for most hat-tricks in that very same competition.

International football success is the only blemish on the diminutive forward’s CV. He has tasted all the success one could wish for at the domestic level but he hasn’t tasted international success. He came close in 2014 but Mario Gotze ended that dream. A World Cup winner’s medal is the only thing that is preventing Messi from being the undisputed greatest footballer of all time. 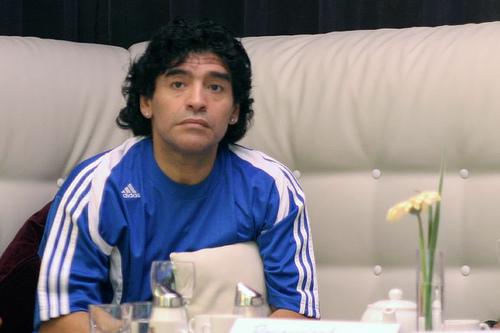 The Pele/Diego Maradona debate is as decisive as the Ronaldo/Messi debate. There is no definitive answer.

After making a name for himself at Argentinos Juniors, Maradona moved to Boca Juniors, two years earlier he had nearly joined Sheffield United. From there he established himself as one of the starlets of Argentine football, eventually earning a move to Barcelona in 1982.

Here Maradona became the epicentre of world football. He was impossible to ignore. He brought a certain sense of flair to European football that had never before been seen. His two years at the Nou Camp were blighted by injury, but still, the minute forward managed to 38 goals in 58 games.

With Barcelona in financial meltdown the star was sold to Napoli. It was here in Italy that Maradona reached his zenith. He was greeted as a saviour, and by the time he left he had completed his mission. He was the saviour of Naples. Maradona led them to their first ever Serie A title in 1987, he also led the club to another success in 1990 – these are the only two Serie A titles that Napoli have ever won. Maradona was worshipped in Naples, and still is. Both he, and the fans, have a mutual affinity for one another.

The 1986 World Cup was where Diego Maradona cemented his place in the football annuls. If you are English it will be for the infamous “hand of god”, but what many are quick to forget is that Maradona also scored a wonder goal in that game. If there is ever a case of carrying a side to success it was here in 1986. Maradona played every minute of the tournament, scoring five goals and creating a further five. It is no understatement when one says that Diego Maradona alone won the 1986 World Cup. 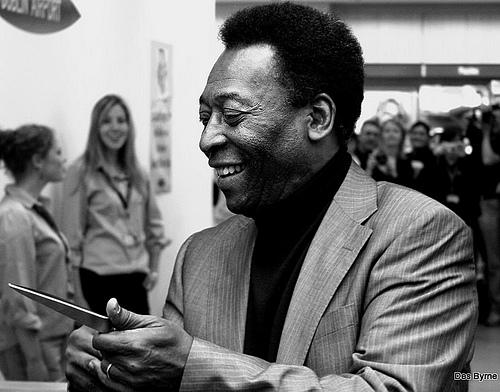 Although he is widely regarded as the greatest player of all time, Pele is rather a strange paradox. On the international stage he was well and truly the best player that has ever been and probably ever will be. However, his club career was spent in Brazil and the USA, neither of which are the strongest of leagues in the world. So, will we ignore his club career and focus on his international success.

At the 1958 World Cup, a 17-year-old Pele was instrumental in helping Brazil to their first World Cup success, scoring five goals and earning the Silver Ball. By the time of 1962, Pele was the main Brazil player, much like Neymar is today, and like Neymar, injury ruined his tournament. Then, 12 years after he introduced himself on the world stage, he won an unprecedented third World Cup, scoring four goals in the process.

On the international stage there is no greater player than Pele, period.

Beauty is in the eye of the beholder and that is certainly the case here. On the international stage Pele was without question the greatest player. On the other hand, he never really ventured outside of Brazil, and we all know European football is where the greater challenge is found.

You could make the case for Maradona. He too has won a World Cup; unlike Pele he single-handedly carried his country to success. He also experienced success in Europe with Napoli and Barcelona. He’s still remembered fondly there, mainly due to the fact that he brought them success by himself. Maradona is the epitome of a one man team.

Then there are Ronaldo and Messi. Both have had more success in European football than Maradona, but neither player has experienced glory on the international stage.

It all depends on how you rank success. If it’s domestic over international, then Lionel Messi is the greatest player of all time. Vice-versa, it is Pele.

Glazer family willing to listen to offers for Manchester United

Glazer family willing to listen to offers for Manchester United