The Stamford Bridge outfit are still unbeaten in the Premier League during his brief tenure and still have an outside chance of finishing in the top four – especially if their rivals continue to falter.

However, a top-six finish is much more realistic and Chelsea could yet secure a Europa League spot despite their precarious position in December. If nothing else, a final push for the top six would help to enhance belief and confidence at the club and Chelsea could build on this year’s achievements as they look to challenge for the title next season. 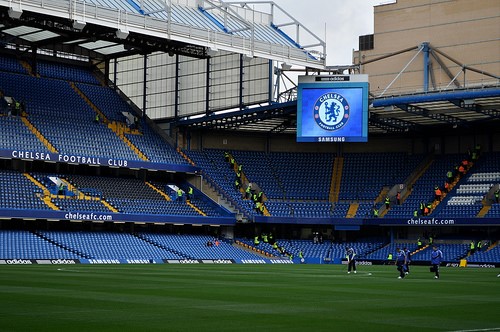 Chelsea may have crashed out of the Champions League at the hands of Paris Saint-Germain but they remain optimistic about their domestic form and could bounce back to Europe’s elite club competition at the first time of asking next season. Chelsea lifted the famous trophy for the first time back in 2012 and club owner Roman Abramovich tends to prioritise European football whenever possible.

If the Chelsea manage to secure a Europa League berth this season, fans will be quietly confident of potentially winning the tournament next season – especially after an overhaul of the squad when the new manager comes in.

If truth be told, Hiddink has done a phenomenal job since taking over at Stamford Bridge and the club’s supporters will be forever grateful if he can lead them to a miraculous top-six finish. As of March 10th, Chelsea are at odds of 9/2 to finish in the top six at bet365 Premier League football betting and it would take a brave man to back against Hiddink’s men on current form.

Chelsea don’t have the easiest run-in but, buoyed by a rejuvenated Diego Costa, Cesc Fabregas and Eden Hazard, they are firing on all cylinders and might just go on to win the majority of their remaining fixtures. They will need help from other clubs but Chelsea can give themselves a chance with a strong finish to the season.

Qualification for the Europa League may not sound like much of a success but after Chelsea’s miserable start to the campaign, this would be an incredible achievement. Hiddink led Chelsea to the FA Cup as interim manager back in 2009 and a top-six finish this season would certainly eclipse that feat.

The Dutchman believes that a top-four place would be Chelsea’s biggest ever achievement and, in terms of defying the odds, you’d have to make him right. Chelsea have been slammed for the majority of the campaign and it would be one of the most sensational comebacks in Premier League history if they can sneak into the top four.

Can Chelsea finish in the top six this season? On current form, it would be foolish to rule it out. As long as Hiddink’s side keep on winning, they will stand a great chance of snatching a Europa League spot and from there, who knows? It wouldn’t be a major surprise to see Chelsea win the European competition in 2017 – especially if they take their current form into next season.