England have been absolutely ruthless in front of goal in qualifying for Euro 2020.

A 4-0 victory over Kosovo in Group A on Sunday evening means the Three Lions scored 37 goals in just eight outings.

The biggest contribution to the goal-fest was captain and star striker Harry Kane, who notched an impressive 12 goals in the group.

At just 26, Kane has already scored 32 times for the Three Lions. The Spurs striker has now scored more international goals than the great Nat Lofthouse and modern-day hero Frank Lampard.

The Spurs star is now just 21 goals behind England’s all-time leading goalscorer Wayne Rooney. The former Everton and Manchester United star once backed Kane to overtake his as the Three Lions top scorer. On current form, he is likely to do just that in the future. Kane still has plenty of time to reached the 53 goals scored by Rooney.

Helped by great service for England

While Kane has to put the ball in the back of the net, the Tottenham star is helped by some great service from his international teammates. The likes of Raheem Sterling, Jadon Sancho and Marcus Rashford are great attacking talents, who have the capability of putting chances on a plate for the striker.

However, it is not just the forwards and attacking players who help boost Kane’s numbers, England’s current full-back pair of Ben Chilwell and Trent Alexander-Arnold are also superb at creating chances for the teams forward players.

Kane could notch up incredible numbers

Harry Kane has the potential to notch up some incredible scoring numbers for England. Every qualification campaign for England is like a precession and just a case of how many goals the Three Lions are going to score.

With Kane at the centre of that, the Spurs striker could be scoring goals well into his thirties. If the Tottenham forward stays injury-free, he could amass a goal tally that will be very difficult for any England player to beat in the future.

Is there a better number nine than Harry Kane? 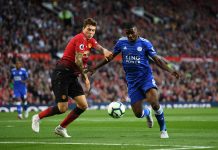