Watford made it through to the FA Cup final via a 3-2 win over Wolves in the semi-finals of the competition at Wembley on Sunday.

The victory means that the Hornets will face Manchester City in May for the chance to lift the famous old trophy.

The Hornets are enjoying a fantastic campaign, as they are currently tenth in the Premier League table and still in contention for seventh place.

Gracia has played a big part in the Hornets success

Much of the credit for the Hornets campaign must go to Spanish boss Javi Gracia. The unassuming 48-year-old arrived in January of last year after the controversial exit of highly-rated Portuguese boss Marco Silva.

Gracia has steadied the ship and could be the boss to end the constant changes in the Hornets hot seat. The club has become synonymous with managerial changes in recent years.

Their current boss comes across as a no-frills kind of guy, in a good way of course. The Spaniard has quietly went about his business, without fuss and without controversy. Some Hornets fans believe that the Spaniard is one of the best bosses the club has had in recent years.

Must be a candidate for Manager of the Year

The job that Gracia has done at Watford is a highly commendable one and he is a candidate for the Manager of the Year award this season. The Spaniard has guided the Hornets to their first major cup final since a 1984 FA Cup final defeat to Howard Kendall’s Everton.

The team’s position in the table is also a highly respectable one. The Hornets are currently competing with the likes of Wolves, Leicester and Everton to be ‘best of the rest’ in the Premier League.

Wherever the Hornets finish in the top-flight table this season, Gracia deserves immense credit for the work he has done with the Hornets. Everybody associated with the Hertfordshire club will be hoping that the Spaniard can continue developing the team in the future.

Should Javi Gracia be considered for the Manager of the Year award? 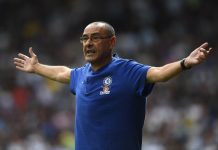 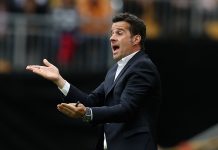