Adam Roy has taken a closer look at the state of the game in Africa.

Every year, thousands of tourists flock to Tanzania in search of the “Big Five” safari animals: lions, buffalo, leopards, rhinos, and elephants. When it comes to football, however, sports fans in this east African country prefer the “big three”: Manchester United, Chelsea, and Arsenal.

Throughout Africa, football’s already widespread popularity is booming as never before, and with good reason. The African game seems to be hitting its stride as of late. South Africa looks poised to follow up Ghana’s muscular performance at last year’s World Cup by becoming the first African nation to host the event. In addition, African contenders such as Nigeria and Senegal have put up impressive showings at the qualifiers for this year’s FIFA Beach Soccer World Cup.

However, despite it’s heavy presence in international soccer, Africa has been largely absent on the club stage. In all of Africa, there are only three truly world-class leagues, with two located in the northern African nations of Egypt and Tunisia and the third in historically wealthy South Africa.

Yet, much of Africa seems ready to take their leagues to the next level. Africa posesses the main ingredients of quality football in spades. The continent certainly does not lack for a devoted fanbase. Africans avidly support the top-flight English teams as well as local clubs such as Tanzanian favorites Simba SC and Yanga, and it’s easy to imagine fans tapping into that same energy to support their pros in showdowns with even Europe’s best teams. Neither does Africa lack for homegrown talent. While perhaps not as refined as the famed academies of the Netherlands, African street football has produced stars such as Arsenal’s Ivoirian defender Emmanuel Eboue and Real Salt Lake’s wunderkind Freddy Adu. One has only to walk down a main street and watch schoolchildren playing a pickup game of football, usually on an improvised pitch with only a wooden rectangular frame for a goal, to understand the source of African footballers powerful determination and love for the game.

Unfortunately, the problems faced by African leagues usually stem from one main weak spot: their wallets. Africa’s FAs are chronic underperformers when it comes to the financial side of league development. The obstacle, as is often the case, is simply a lack of resources. Many clubs face difficulties finding financial backers, a situation that drives teams into bankruptcy or the hands of the state. In an interview with Supersport TV, former Nigeria national coach Daniel Amokachi argued that the quality of play in African leagues suffers as a result of this financial insecurity.

“99% of the teams playing in Nigeria are government-owned teams,” lamented Amokachi. “Football is not business yet.”

However, when it comes to their coffers, the nations of Africa may soon receive help from some familiar sources. As Kenyan newspaper The Daily Nation reported on July fourth, Kenya’s government has asked Coca-Cola to make their sponsorship of the country’s annual youth football tournament permanent. Major sponsors such as Coca-Cola, which backs England’s Coca-Cola Championship for Premiership hopefuls, could help fund the infrastructure necessary to establish more formalized youth programs. This combination of stable youth systems and willing corporate investors would pave the way for a more competitive and spectator-friendly league system populated by private clubs instead of state-owned footballers. To listen to Amokachi, this could be just the boost that the African game needs.

All in all, the future looks bright for the nations of CAF. Considering the rich well of talent and enthusiasm that the continent holds, it seems like a football revolution may be in the cards for Africa. And for footballers in a land where a pitch is most often an unmarked field with a pair of netless goals, this would truly be a blessing.

(Picture caption: African footballers often have to make do with improvised pitches, such as this one in Kenya) 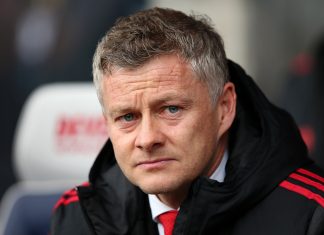 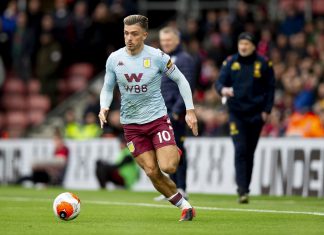