Yann M’Vila will not play for France at the World Cup in Brazil if they get that far.

That was the decision taken yesterday by the French Football Federation for an indiscretion earlier this season whilst with the under 21 squad. M’Vila was only with the under 21s because he had been unwanted by the senior squad under new coach Didier Deschamps.

The disciplinarian former Marseille coach has taken a hard stance since he took over from Laurent Blanc at the end of another tournament when the French squad exited in acrimony amid internal divisions. M’Vila, for his part, failed to shake the hand of either Blanc or Olivier Giroud when substituted for the Arsenal forward during the quarter final defeat to Spain.

That not only cost him a place in the France squad after being disciplined by the FFF, with Deschamps unimpressed, but also a chance to sign for Arsenal, who had monitored him and who had already brought in Giroud. He is meant to have been asked earlier this season why he thinks he is still at Rennes whilst Alex Song signed for Barcelona – an implication that he could have been the man joining the Catalans, or replacing Song at Arsenal.

M’Vila’s career is now in a deep nose dive after being one of the most promising central midfielders in Europe for the last year or two. Captain of his club at the age of just 21 and a key part of Blanc’s plans after he took over, his fall has been dramatic. The decision to go clubbing with four other players ahead of the crucial under 21 qualifier with Norway earlier this season was a fateful one. He may have thought it was just a bit of innocent fun, but you wonder when he’ll next step foot in a club again after the consequences.

Attacked by his club, who labelled the behaviour of him and team mate Chris Mavinga irresponsible, he was also suspended by Rennes for over a week as a result. He was even threatened with a season long suspension from the club, whilst the venerable former Auxerre coach Guy Roux waded in and attacked M’Vila for his behaviour. He has now been welcomed back into the Rennes fold but he has some repair work to do. His coach Frederic Antonetti wants to get the best out of him again but M’Vila must show dedication and humility first, and he must also repair his relationship with the fans, with whom he had an altercation last year after some poor performances.

But even if he can do that, it will be a long, long road back to the international fold for M’Vila. A player like him should be lighting up the Brazil 2014 World Cup. Now he will be sitting at home, watching more dedicated team mates on television, if France even get there. It is a lesson for M’Vila, and for the rest of French football’s young stars. Step out of line, and you will be out of the international fold. Possibly never to return. 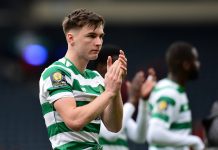 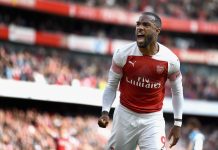