Liverpool have started their Premier League campaign in ominous fashion winning all seven matches in the English top-flight so far this season.

On Saturday, they recorded their latest win a narrow 1-0 win at Sheffield United.

In reality, the Merseysider’s were far from at their best, but a huge slice of fortune in a poor Dean Henderson mistake gifted them the game.

Win when you are not playing well

The saying goes that great teams win, despite not playing that well. For two straight games Liverpool have not played that well, but they have ground out results. Grinding out results is as important as winning handsomely when talking about title races.

Even the best teams in the Premier League era have had to grind out wins. That is what makes the difference between the runners-up and the champions at the end of the season. In previous seasons, Jurgen Klopp’s team has not had that ability.

Last season they only lost once in the league. However, a number of draws cost them dearly in the race for the top-flight title, as Manchester City had just enough to grind out one more win.

Liverpool underestimated by many

This current Liverpool team is often underestimated by many because of Manchester City’s sheer brilliance at times in recent seasons. If this Liverpool had been in another time period, they would have won the title last season and would be regarded as a great team.

However, because as spectators City’s quality in recent years has almost spoiled us, we can forget that Jurgen Klopp’s team are outstanding too.

Could be the season they finally end title drought

Next May will mark 30-years without a top-flight title victory for the Reds if of course they fail to maintain their current run and lift the trophy. At the minute, they are very well placed to end their long wait for a top-flight.

However, Klopp and his players will not get too carried away with their position, as they know there is still plenty of football left to play this season.

Can anybody stop Liverpool from ending that long wait for the English top-flight title? 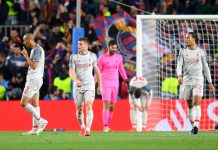 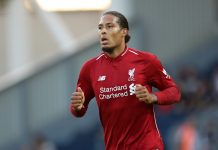