Karl Heinz-Rummenige has set Bayern Munich a points target between now and the end of the calendar year following a poor start.

Bayern are 15 points behind leaders Borussia Dortmund, and boss Louis van Gaal set a target of 30 points by the end of 2010.

Rummenige believes that will be a tall order but a target they should be aiming for. With games against Eintracht Frankfurt, Stuttgart, Shalke and St. Pauli to come before the end of the year, Bayern need 10 points to meet their target. 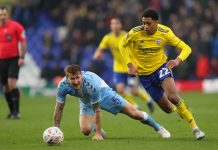