Bournemouth have made a positive start to their Premier League campaign by picking up ten points from a possible 15 in their first five games of the campaign.

The Cherries have certainly made a respectable start to the season.

On Saturday afternoon, the Cherries travel to Turf Moor to face struggling Burnley, who are enduring a nightmare campaign.

The Cherries have established themselves in the Premier League in the last few years thanks to the good work of talented young boss Eddie Howe.

Ironically, Howe’s only other managerial job was at Burnley, where he struggled to make an impact and returned to the south coast to bring stability to the Cherries.

The Burnley job may have come too soon for Howe, who has come a long way since his ill-fated spell at Turf Moor. In fact, with every season that goes by, the 40-year-old seems to be improving his team and learning on the job.

His Cherries team have always played good football, but gradually they are winning more games. The next phase for Howe is attempting to improve the team’s defensive record, as it is the one facet of the team that has let the Cherries down in recent seasons.

Burnley’s seventh-place finish last season was a testament to Sean Dyche’s hard work and man-management skills. However, this season the Clarets have avoided defeat just once in the Premier League, picking up just one point in the process.

The league table does not make happy reading for the Lancashire club, who are currently bottom with the second worse goal difference in the top-flight.

Confidence will be low at the Lancashire club. However, one thing that may be in the Clarets favour is Bournemouth’s patchy away form. The visitors have claimed just two wins in their last eight league games on their travels.

On paper, this game is difficult to call. Burnley have been poor this season, but the Cherries are not great travellers. It could really go either way, but I would back the visitors to pull-off a victory.

It is an interesting clash between two highly-rated British bosses, though. Howe has enjoyed the better season and is likely to go on to bigger and better things in the future.

However, Dyche’s career in the game may be judged on his team’s performances this season. The no-nonsense former Chesterfield boss has survived one relegation with the Clarets, whether he could afford another one is anybody’s guess.

Who will come out on top in Saturday’s clash? 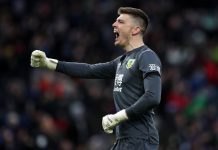 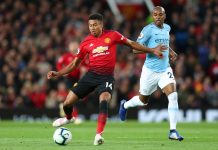 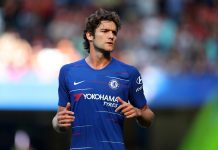