Here are a few of the seasons we found interesting:

According to Sky Sports, Newcastle United’s prospective new owners are hoping to sign Napoli’s highly-rated centre-back Kalidou Koulibaly when the transfer window goes through. However, the Saudi-Arabian lead consortium first needs to complete their takeover of the north east club.

If the deal goes through to buy the Magpies as expected, then Newcastle could then reportedly compete with PSG, Tottenham and Everton for the defender who is reported to be valued at around £70million.

While Newcastle may not prove to be an attractive option at this present moment but may look more enticing if the deal goes through. The prospective buyers would be the wealthiest in the English top-flight. If reports are to be believed then they are willing to spend big to transform the Magpies into one of England’s biggest clubs.

Arsenal looking to do a deal to sign Bayern youngster

The Daily Star are reporting that Arsenal are in negotiations with German giants Bayern Munich to sign youngster Angelo Stiller.

The 19-year-old midfielder impressed the club from north London when featuring for the Bavarian giants in the youth ranks. The midfielder may be available at a cut-price fee, as he will have just a year left on his contract in the summer.

Reportedly, Arsenal have held discussions with the German giants over the youngster’s availability. As is so often the case with big European clubs and young players, reportedly the deal could involve a buy-back clause, which Bayern could use in the future to resign the midfielder if he impresses in north London.

Is Kalidou Koulibaly a realistic transfer target for Newcastle? 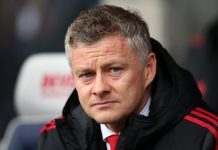