The 19-year-old has signed a three-and-a-half year contract at Norwich with an option for a further year.

Maddison moves to Carrow Road for an undisclosed fee and will stay on loan at Coventry until the end of the season.

Norwich manager Alex Neil told the club’s official website: “We’re delighted to sign James as he is a fantastic prospect who has already made a mark at Coventry at such a young age.

“He has real potential to develop, making this deal one we’re really pleased to get over the line.

“James will return to on loan Coventry for the rest of the season to continue his development before joining up with us on a full-time basis in the summer.”

Maddison himself added: “I’ve been working hard towards achieving this goal and I’m delighted to be signing for a club the size and stature of Norwich.

“They are a club moving in the right direction and I’m looking forward to progressing my career there after finishing this season at Coventry.”

Liverpool and Spurs have both been linked with a move for Maddison in recent weeks. 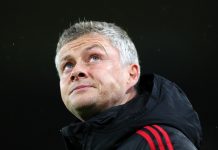