Reports claim PSV Eindhoven has agreed to pay around €5million for the 20-year-old midfielder.

The Holland Under-21 star has signed a contract that will keep him at PSV Eindhoven until the summer of 2015.

“This is pretty special for me. I’m still a young player and I’m keen to continue developing into a better player. That’s why staying in the Netherlands was in my best interest. PSV always play for the Eredivisie title and that’s new for me,” Wijnaldum told PSV’s official website. 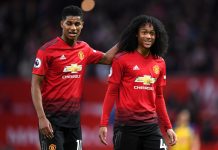