On the pitch, football is still enduring an enforced hiatus due to the COVID-19 pandemic.

However, the break has not stopped clubs and agents working behind the scenes when it comes to transfers. Here are some of the more interesting stories doing the rounds:

According to Sky Sports, Manchester United are reportedly chasing Atletico Madrid star Saul Niguez, who is rated in the region of £135million by the club from the Spanish capital.

The 25-year-old defensive midfielder is highly-rated and some see him as a potential replacement for Paul Pogba, although not the same style of player. The France international is again being linked with a switch away from Old Trafford.

Saul has played a part in Atletico becoming one of the best defensive units in the European in recent years. The Spain international is renowned for his tackling ability, while also being able to retain possession for his team. He would likely prove to more of a long-term replacement for Nemanja Matic than for Pogba.

The Daily Express is reporting that Barcelona full-back Nelson Semedo has put contract talks on hold in Catalonia, which has raised the hopes of Premier League Manchester City about signing the Portuguese star.

The 26-year-old is believed to be keeping his options open, as his contract with the Catalan giants does not expire until 2022. Semedo has made 29 appearances this season for Quique Setien’s team. However, he is looking for assurances that he will be a regular starter, as he has not always been a starter for the reigning Spanish champions.

Will Manchester United sign Saul Niguez in the next transfer window? 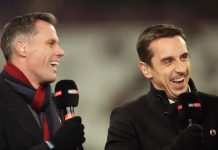 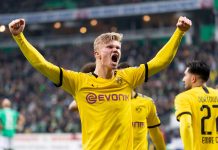